From DSiBrew
(Redirected from Boot2)
Jump to navigation Jump to search 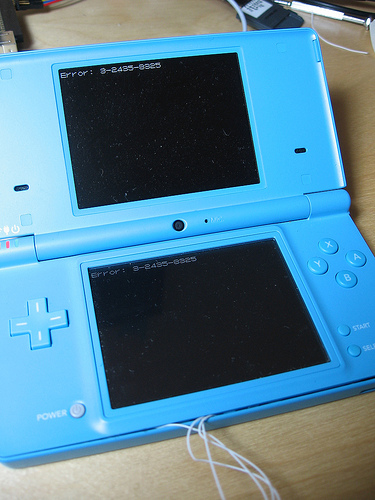 The Stage 2 loader was not modified by the System Menu 1.4 update. This is still earlier in the boot process than the "Health and Safety" warning (that warning is displayed by the sysmenu).

There's two header sectors following this, however stage1 ignores these.

Note that the above format roughly resembles the DSi Cartridge Header (entries 0x20-0x3F are roughly similar, and entries 0x180-0x1AF appear to be same as in cart header).

The option byte at +0xff has the following flags:

The RSA public keys (the one for 3DS and the other one for DSi) for the below signature _for NAND boots_ can be obtained from 3DS TWL_FIRM Process9 (this is required for getting the binaries' keyY). It is also found in the DSi's ARM9 boot ROM, but this is never copied to some place outside the boot ROM. (The bootroms copy _some_ keys to WRAM/ITCM, but not this one.) Public keys for NVRAM and game cartridge boots are only available from the DSi ARM9 boot ROM, and all differ from the NAND RSA public key.