Difference between revisions of "Talk:Main Page"

I'm planning on creating a WiiBrew-like Main Page, but I don't know what color it should be. As far as i can tell, the DSi only comes in black and white, both of which would not be good colors. Any thoughts?

If you can do some type of shade of brown with yellow or white text might be good. I agree that black is not a very good option though. Pinball Wizard 03:02, 27 January 2009 (UTC)

Why not use the same Main Page as WiiBrew but with another logo, it looks and works great also makes the projects connect better. Tigertailz

Pinball Wizard: What's the reasoning behind the brown? I don't really see any connection. If it were to be brown, it should definitely be a light shade. Black text is a must on a website where the entire background is white.
Tigertailz: I don't really think blue should be used again. This wiki's main page should be colored so that it is different from WiiBrew. I plan to keep the same page formatting, though.
Anyways, once I get my admin powers transferred over here from WiiBrew, I'll transfer some templates and start working.
--Blooper (Talk) 00:58, 28 January 2009 (UTC)

The reasoning behind light brown is for the entire wiki to set it apart from other layouts. i do see your point though, We (you) should stick with something lighter but absolutely different, like you said to distinguish the wikis. I Suggest an uncommon color. Pinball Wizard 01:29, 28 January 2009 (UTC)

I vote for a light blue, as the DSi was released in America with the colors being black and light blue instead of white.--winmaster

since there is only an ugly logo without stating its the dsibrew logo i think there should be a better one. for wiibrew it was a nice startup. Bitflusher 11:52, 27 January 2009 (UTC)

will there be a dsibrew irc?

I know this project just started but are we looking to set up a forum? Pinball Wizard 22:58, 27 January 2009 (UTC)
Yeah, I was thinking just that. Funnily enough, forum.dsibrew.org goes to the WiiBrew Forums... anyways, if this site did have a forum, I think it would be more idle speculation than it would be actual exciting DSi native code developments... --Zack 22:41, 11 June 2009 (UTC)

I am having 2 issues that is low priority at the moment but will sooner or later need to be addressed: 1)The wiki takes 5-10 minutes to update from any changes. Not a biggy but Wiibrew used to have the issue for a few weeks then magically fixed itself. 2)I don't know how it works but on the wiibrew wiki you can use the command where the XXXX's represent the video id. Is it possible to get that added onto this wiki? This is very very very low on the list but could become useful. Pinball Wizard 23:32, 28 January 2009 (UTC)

Yeah that helps a lot. Now I can feel a little more useful on wiki work with changing things as needed. I figured it was a mediawiki extension. I don't know if you are coming up with a list of needed extensions though and wanted to make sure that the youtube one was at least considered. Pinball Wizard 23:03, 30 January 2009 (UTC)

Hi i was wondering if you needed a better logo for this site so i wiped one up for you. you don't have to use it but would be awesome if you did. --Thetooth 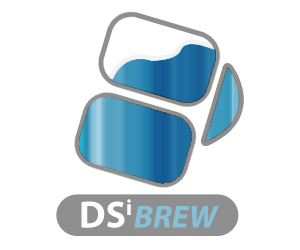 The one above is my favourite! It rocks! TwoBladedKnight

Mvit's one (the one which is slanted and without a DS) is hands-down the best. It doesn't rely on images of the DSi to work, and it looks pretty good and fits with the Wiibrew aesthetic. --Rhazes 20:14, 11 April 2009 (UTC)

Does anyone have a template for the text? I don't have a matching font so I just used what I though looked best. I'm not really happy with the fonts though, I might redo it with new fonts if I ever get the chance. --Tabibito >Talk 01:55, 4 April 2009 (UTC)

Hey everybody! Here is my logo I made for DSiBrew:

i like the pic but why is the dsi covered in seaweed? o.O

Seaweed? This should be some kind of Matrix-effect.. But I'm happy that you like it

oh, wouldn't it make more sense to use a black DSi so it's like the old cmd promt pcs that use green text and black background?

I've added an inverted version of my logo... I think a white DSi with that Matrix-effect looks way better than a black one.

Updated the black matrix DSi. I just removed the headphone jack, because I think that the camera and the speakers are quite characteristic for the new DS.

I hope you guys replace the logo with something better soon. My vote goes to the black matrix DSi, but it needs to have its headphone jack colored black.--winmaster

So After April 5th DSi will be everywhere that its been announced. Looks like the fun's about to begin.BTW:Will it still be team twiizers or is everything going to change? --ChuckBartowski 05:49, 29 March 2009 (UTC)

SOMEONE needs to find a hack that lets you boot homebrew. Then a few more small steps and we have a DSi Homebrew Channel and easy ports of all the existing DS homebrew. Hopefully this creates new interest in developing for DS homebrew and we get a lot more apps with fixes for all the buggy old ones. Which brings me to a question, can people start working on making pages for existing DS homebrew projects?--FUNKAMATIC ~talk 15:27, 2 April 2009 (UTC)

That's actually a good question. Is this wiki for only DSi homebrew or both DS and DSi homebrew? What if a homebrew works on the DS but not on the DSi? Should that be included on the wiki? I think this warrants some discussion. Personally I think it wouldn't be a bad idea to include information on all past DS homebrew because there currently is not one central place to find DS homebrew. --Blooper (Talk) 02:45, 3 April 2009 (UTC)

I personally think we should include DS homebrew that works with the DSi, and have information on DS homebrew that people are porting to the DSi. However, I don't see any reason to cover homebrew for the DS that doesn't work on the DSi unless it's to solicit people to work on porting them. --Tabibito >Talk 00:41, 4 April 2009 (UTC)

I created the DSi hack page so hackers can opt to update us on their project or get help on the talk page. It's linked on the main page.--FUNKAMATIC ~talk 16:58, 4 April 2009 (UTC)

what do you think about InterWiki linking between WiiBrew and DSiBrew?

The Nintendo DS(i) has a Function to Download games via WLAN/WIFI, is it possible to modify the "Nintendo Wi-Fi USB-Connector"-Software to start Homebrew, like a Installer for a "Homebrew-Channel"? It´s just a idea from me, but i think it can be easy. (I´m sorry for my bad english, but i´m from Germany and i´m not very good in english...) --Plinfa 23:49, 2 May 2009 (UTC)

I was actually thinking of something like that, except for normal DS Download Play. You can modify a wireless network card to send out DS Download signals, however, as someone pointed out in the forums, very few cards support this. For the ones that do, it might be possible for the owners and their friends and family to get homebrew. Maybe they could take the network cards and a laptop to conventions and spread homebrew further. I don't know. --Zack 13:47, 16 June 2009 (UTC)

DS Download Play uses RSA cryptography for verifying the authenticity of the transmitted data. A DSi or DS receiving a homebrew game would reject it. Note that this does work on DS when you have FlashMe, a hacked version of the original DS firmware. --neimod

I cant agree with that. WiiBrew, the WiiBrew Forums, and DSiBrew are all hosted on the same server AFAIK. Until we get a 'go-ahead' from someone like bushing, they should remain unofficial. So hop on the IRC already and get working on getting that 'go-ahead' :P--Arikado 12:31, 20 June 2009 (UTC)

Yeah, I was thinking about that, but I can't really imagine any sort of plea that wouldn't sound mildly retarded...
"Hi, I made DSiBrew a forum. Any chance it could be official now? People are using it."
"DSiBrew needed a forum, I made one. Here you go. Please make it official, people are on it."
I'm a horrible conversationalist. --Zack 18:53, 20 June 2009 (UTC)

i will help. "I dont know if youve heard yet, but i have made an unnoficiall forum for DSi Brew. It is set up mostly like the wiibrew forums. There are a few users on it already, and is gaining in popularity. (then you put link to page here) thats the link. If you guys want to move it and/or make it "official" let me know (put email here)."--ChuckBartowski 03:57, 24 June 2009 (UTC)

Sure. You ripped off the forum software and layout from the Wiibrew forum -- down to my witty forum subtitles -- and then filled it with silly topics like this and this. -- Bushing 05:57, 3 September 2009 (UTC)

As Arikado said earlier, I really don't think we have much need for a forum at the moment.. right now DSi homebrew is still in its early stages, and we still mostly need people with a large amount of experience with reverse engineering, hardware, and embedded systems. So there isn't a really large audience right now for anything we're doing, and IRC has been serving pretty well for the reverse engineering efforts. -- Scanlime 16:39, 3 September 2009 (UTC)

I didn't have the foresight to realize that mainly idiots would flock to the forum. It's gone now, basically. Sorry for any trouble and please forgive me. --Zack 22:01, 3 September 2009 (UTC)

It wasn't the color -- hell, the use of Phorum itself is enough to make them look similar (it's not exactly a flashy piece of software!). I was more offended by the copy-pasting of forum structure (hierarchy, titles and descriptions) without even bothering to ask. If someone had set up the DSIbrew Wiki without asking me first, I would have been peeved at them, too. -- Bushing 03:51, 4 September 2009 (UTC)

Agreed. Sorry about the copy-pasting, I just figured they might somehow become similar, but guess I was wrong. --Zack 21:16, 4 September 2009 (UTC)

There hasnt been any activity on the wiki lately, are the Wiibrew admins still working on an exploit/hack/homebrewloader/etc.? has Team Twizzers forgot about this? What happened to Dsibrew?-------Darklink 20:20, 24 October 2009 (UTC)

Hi, I am Zhenyi Lin from China. I would like to give some information, which I believe may be essential for DSI homebrew.

At first, I must tell us that DSi had already came out in China. It has its unique name: IQue DSi, with Chinese Agency company: iQue

There are one old but classical DS game along with buying the new machine. That is "Nintendo Dog".

You may think it is ordinary using such way to publicize, but to be special, this DS Nintendo Dog exists just in the form of software storing directly in DSi memory, without the physial DS card.

I believe this information may be useful for DSI brew, at least be helpful for studying playing DS games directly from SD card.

There is also a short video, wish you could see them.

Sorry, but there is nothing special about this. It is exactly the same as downloading games through DSiWare, except this game is already pre-loaded. --neimod

I created a page with DSi's private characters, many of them are hidden or cannot be selected normally as username: DSi system font --Socram8888 11:00, 11 July 2010 (UTC)